Roberto Cantoral and Los Tres Caballeros are very well known in their native Mexico and throughout Latin America, but were pretty much ignored north of the border. That's nothing new: U.S. Americans tend to not be exposed to much music sung in languages other than English, that is, unless it is presented to them as a novelty. We will wallow in "Volare" or "99 Luftbaloons" til our ears wax up in rebellion but only when such songs are brought to us. For all our braggadocio, we are not a very adventurous people, at least when it comes to culture. Of course, as the world shrinks and this thing called the internet provides a way to share more and more stuff, ears open - xenophobes be damned.

That said, even with this "interconnectiveness" information on records such as this one or groups like Los Tres Caballeros is difficult to find. My only the Cabs popularity is coming upon CD "Best of..." best of collections on Spanish language websites and seeing that their records were in print though out Latin America. Maybe someone out there can clue us in on this band.

Initially I was drawn to this record by the guitar and then the production. The sharp plucks accented with warm reverb really grabbed me. Ultimately, though, it was the trio's voices which hooked me. And as I listened more I heard melodies I was already familiar with - not through Mexican music but from American haunted pop of the same time period, specifically that of Roy Orbison and Gene Pitney. I'll let who influenced who be fought over by others. To me it doesn't matter. I love finding these universalities (or at least strong similarities).

Nothing beats a good Black gospel single. Sure, there are plenty of things as good but when the voices, feeling, and instrumentation all click, this is music that can't be topped. Columbus, Ohio's Professor Harold Boggs and his group The Specials came up with a great slow one in the B-side to "Doing All the Good We Can." A solid, simple piano meets strong backing vocals, with Boggs' soulful voice up front. Had Boggs opted for a secular career his pipes might have carried him to stardom. 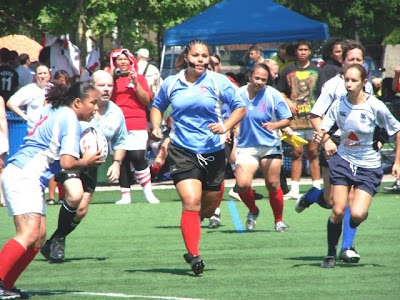