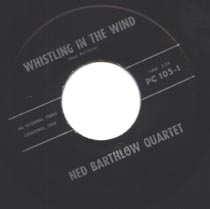 Comments:
Nice, thanks - kind of a David Lynch soundtrack feel to this one.