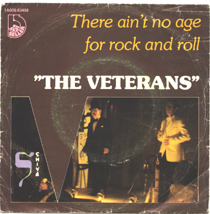 I meet only one album of this group and all songs from this was very very good especially No More Smoking, No More Wine...