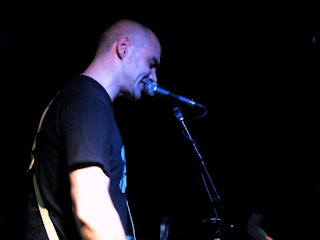 Those of you who've followed Crud Crud for a while have probably figured out that I have a record label. It is called S.S. Records. It was formed in 2001 with Sakura Saunders. Our first release was an A Frames single called "Plastica." Since then, Sakura has moved on and the label has released a little more than 60 records. In celebration of ten years, I put together four days of festivities for the weekend-ish of May 19 in San Francisco. Below are some videos of a few of the bands playing. Great stuff and I encourage you to come check this thing out! More info at SS10 website.

Friday, May 20, 8:30 pm: A Frames, Liquorball, Hank IV, Charles Albright @ Bottom of the Hill
The A Frames will be playing with their original line up. It will be the final A Frames show.

Saturday, May 21, 8:30 pm: feedtime, Lamps, Nothing People, Wounded Lion @ Bottom of the Hill
This is feedtime's only North American appearance.

Sunday, May 22, 6 pm: The Mantles, Nar, 3 Toed Sloth, LENZ @ the Hemlock
This is 3 Toed Sloth's only North American appearance. Prior to the show, at 3pm, there is a record swap.